The Medical Center GLP Anatomy and Neurobiology Group and associated Department of Laboratory Animal Research of this University had started to establish a GLP program for nonclinical laboratory studies on non-human primates.  Quality Associates was selected to perform the routine function of Quality Assurance Unit.  An initial GLP audit by a commercial client identified a number of inadequacies in the GLP program as implemented.  Shortly after this audit, QAI followed up with its own gap analysis of the existing program.  Based on the results of the audit and gap analysis, QAI revised the entire SOP manual, editing most SOPs, and adding many other SOPs.  QAI used its boilerplate SOPs as the basis for these edits and additions.  One QAI employee is now identified as the QAU Manager, with one University employee as Quality Auditor for day-to-day audits.  Based on the improvements to the Quality System at the Medical Center, a commercial client has now awarded GLP nonclinical laboratory studies, which have now been initiated by the Department of Laboratory Animal Research. 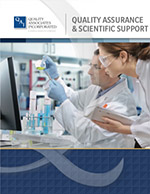 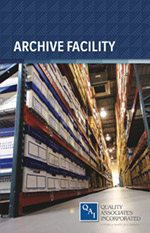